Manchester City’s strongest lineup for next season with their substitutes 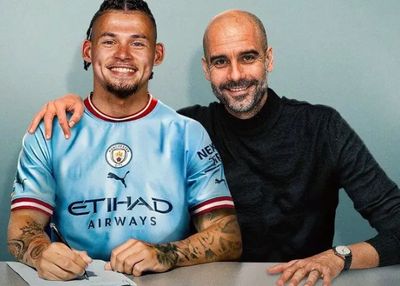 Manchester City has officially added Kalvin Phillips to their roster. The footballer moved from Leeds United to Manchester City for a reported £42 million. Despite interest from other teams, the English international signed with Manchester City to play for Pep Guardiola. The midfielder was signed by Manchester City and was given the number 4 shirt.

The addition of Kalvin Phillips was crucial to Manchester City’s success, but Erling Haaland was the club’s most important summer acquisition. After being acquired in a trade with Borussia Dortmund, Haaland will begin the next season as Manchester City’s starting striker. In addition, Manchester City recently signed one of the best goalkeepers in the Bundesliga, Stefan Ortega. The athlete, who is 29 years old, joined the club as a free agent.

The agreements resulted in a new starting lineup for the next season. We can certainly predict next season’s strongest lineup because the players who have just joined the club are generally believed to be among the best in Europe. Therefore, this is Manchester City’s strongest team for the upcoming season, including each position’s potential sub:

Ederson will hold his starting goalkeeper job for the foreseeable future. Nonetheless, the new goalkeeper signing Stefan Ortega will be starting in his place. Joao Cancelo, Reuben Dias, Zinchenko, and Laporte will make up the defense. On defense, we’ll be subbing in Walker, Stones, and Nathan Ake. The team’s midfield will consist of Bernardo Silva, Rodri, and Kevin De Bruyne. Ilkay Gundogan, Cole Palmer, and the newly signed Kalvin Phillips will be the midfield replacements.