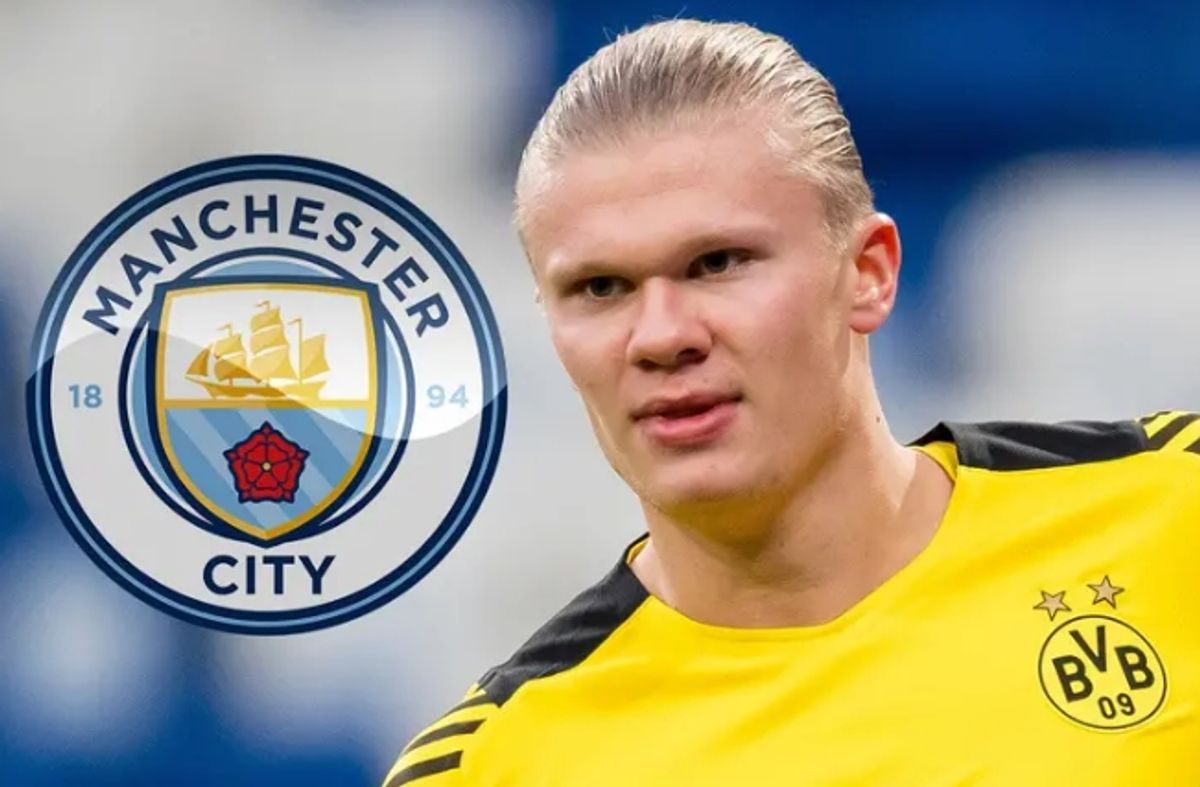 The newly signed Manchester City striker, Erling Haaland, made it clear that he can’t wait to face Manchester United because,

“I truly want to let my fans know, I am still the best in the world of football.”

Meanwhile, the 21-year-old was officially announced as Manchester City striker on Sunday, after all the transfer documents was completed.

Haaland arrived from Borussia Dortmund in a €60 million deal and was one of four summer signings announced to fans gathered outside the Etihad Stadium.

When asked which team he was looking forward to playing against the most, Haaland replied:

“I don’t want to say the words, but … Manchester United.”

Haaland was linked with a move to United at one point in his career. Haaland’s father, Alf-Inge, played for City in the early 2000s and he admitted owning T-shirts of Sergio Aguero, the club’s all-time top goalscorer is a role model for him.