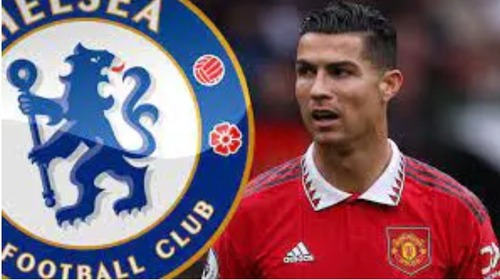 Chelsea has been linked with a move for Manchester United free agent Cristiano Ronaldo, whose contract has expired. They may, however, have to heed Lionel Messi’s warning from 2021, when he stated that a return to the Premier League may not be possible. This is demonstrated by the situation involving Ronaldo and Manchester United.

Ronaldo, who struggled for playing time under current United manager Erik Ten Haag despite scoring 24 goals in all competitions the previous season, said in the viral interview that he felt “betrayed.” “by some members of the club.

Ronaldo’s career is currently in limbo after he stated that he would be looking for a new challenge. There has also been talk of a bid from Saudi Arabian club Al Nassr.

“United are a very strong team with great players,” Messi said in 2021.” Cristiano was already familiar with the club, but at a different stage, and he has adapted admirably. He has scored goals from the start and has had no trouble adapting.

The Premier League is not as good as we all thought it would be, but it is a very difficult and even competition with many twists and turns.” “After December, everything changes, and anything can happen.”

It will be interesting to see whether Chelsea heeds the Argentine’s warning.