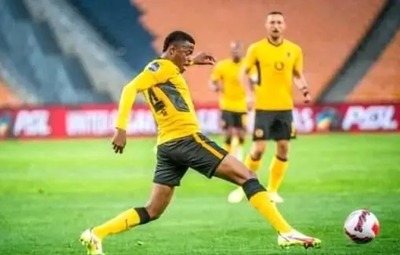 Kaizer Chiefs could be on the verge of losing one of their star players as he is a wanted man elsewhere. Phathutshedzo Nange has been one of the key players for Amakhosi in the past season since joining the club from Stellenbosch FC.

The player was signed by Amakhosi following his departure from the now-defunct Bidvest Wits but however he had to spend one season with Stellenbosch since Amakhosi were banned by FIFA from signing players at that time.

The player was signed by Gavin Hunt whe the coach was still in charge of Amakhosi, however Hunt could not get a chance to use the player as he was sacked by Amakhosi before Nange made his mover to the club.

Latest reports suggest that Amakhosi could lose the player to one of the DStv Premiership clubs before the deadline of the transfer window.

According to reports SuperSport United have made a late bid for the player before the transfer window closes next week on 22 September.

Hunt who is now in charge of the SuperSport United side has identified the player as one of the club’s target to further beef beef up his squad.

The coach is believed to be a major fan of the player after the two also worked together at Bidvest Wits few seasons ago before the club was sold. However the 30 year-old Nange is still contracted to Amakhosi and SuperSport United will have to dig deep into their pockets to secure the player’s signature.

The player however has not featured much for Amakhosi this season under the leadership of Arthur Zwane, there have been also reports of a loan move for the 30 year old. The arrival of Yusuf Maart and Siyathemba Sithebe also have pushed Nange down the pecking order as the player continues to struggle for a game time this season.