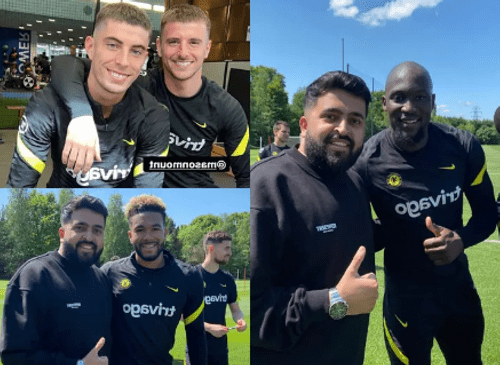 The blues only needs a point to cement the third place in the Barclay premier league table and could be delighted to pick all three points in front of their home supporters in their last game of the season at home.

The likes of Ngolo Kante, Romelu Lukaku, Reece James, Mason Mount, Thiago Silva and first team coach Thomas Tuchel all posed with some of the fans before the team got hard on the training session. Romelu Lukaku posed with the lucky fan via Instagram photos. Reece James and a fan at Cobham centre via Instagram photos. Thomas Tuchel and the lucky fan via Instagram photos.

Meanwhile attacker Kai Havertz have decided to take after Mason Mount by having his hair cut down into a simple low cut hairstyle.

Why Kai Havertz not in Chelsea team for the FA Cup final against Liverpool?

The attacking midfielder is struggling with injury and could miss the game against Leicester city tomorrow at home.