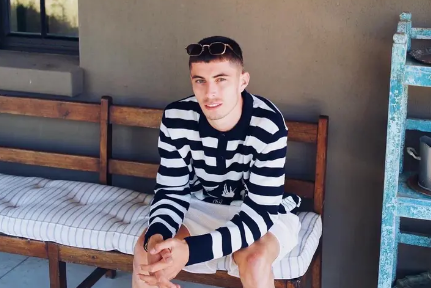 Germany and Chelsea attacking midfielder, Kai Havertz has taken to social media to share photos of himself and his partner, Sophia Weber enjoying quality time together in the Safari, where they observed wild animals like Lions, Giraffe, hippopotamus among others. Kia Havertz tweeted: “A week in the Safari ❤️” The Germany international was an integral part of Thomas Tuchel’s Chelsea side in the 2021/22 season where he helped them finished third in the Premier League behind just Champions, Manchester City and second placed Liverpool. The Germany international who turned 23-year-old on Saturday, the 11th of June, represented his home country, Germany in their UEFA Nations League Campaign even on his birthday. Kai Havertz posted on his Instagram story a photo of himself and his girlfriend, Sophia Weber locking lips while at the Safari.

Sophia then reacted to Kai Havertz Instagram story with a Love emoji.