Jorginho out, Barkley In: Chelsea strongest lineup against Manchester United 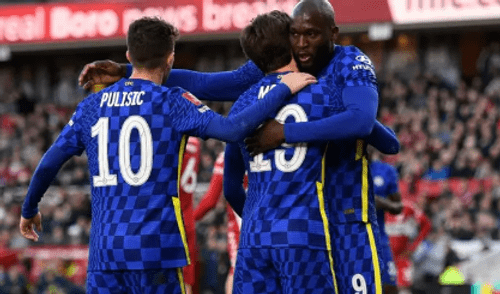 Manchester United will welcome visitor, Chelsea in today’s game as both Side need for slug it out. Though the hope to finish top-four of the English premier league table might now look impossible for Manchester United, they will still be hoping to get the best results from their remaining four fixtures.

Though Chelsea has arguably secured the third spot on the EPL table and is almost certain of qualifying for next season’s UCL games, they would be hoping to take all three points when Manchester United host them at Old Trafford on Thursday and could put up a tough performance like we saw them do in the London Derby clash with West Ham United which ended in a 1-0 late win for the Blues.

Thomas Tuchel is expected to field a strong lineup against Man United at Old Trafford and could make some changes to the players he selected in Chelsea’s last game. This could see the German coach bring in Ross Barkley for Jorginho in Chelsea’s midfield.

The 30-year-old Italian midfielder wasn’t really at his best against West Ham and almost cost Chelsea the game with a second-half penalty miss. Barkley could partner Kante in Chelsea’s midfield in Tuchel’s favorite 3-4-1-2 formation.