Is a Star On His Way to Stamford Bridge? Chelsea fans have good news as new details about the target emerge 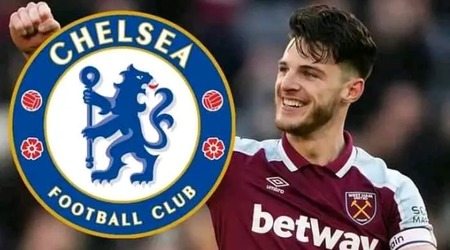 Premier league top clubs are currently on a reinforcement mission in the upcoming January transfer window. Graham Potter’s Chelsea are among the top clubs that have shown intent of making this one of their best transfers windows.

The Blues have already completed some deals. These include Ivorian striker Datro Fofana who joined Chelsea from Norwegian side, Molde. The Blues have today received great news today. This is after it emerged that they have overtaken their key rivals in the race to sign English top midfielder,Declan Rice. Rice has attracted a lot of suitors in the premier league with Manchester United anf Liverpool being among the biggest admirers of the player’s capabilities. Chelsea leading the race to sign the player is a huge boost for Potter’s side to take the highlyrated player to Stamford Bridge.

Rice has been one of the best midfielders in the league with his leadership always keeping West Ham at the top. With Ngolo Kante currently injured, signing Rice will be a big win for the Blues.