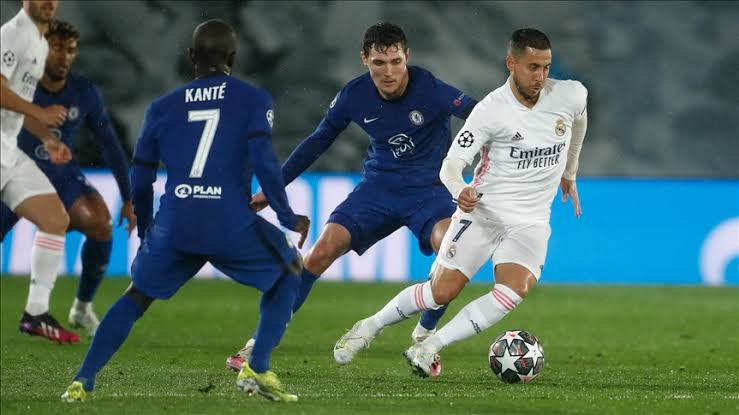 Kylian, during a press conference, when asked if Eden Hazard still confident to continue his football caree with Real Madrid or not, he said;

Eden, Hazard joined Real Madrid from Chelsea a few years ago, has endured a frustrating time at the Los Blancos this season.

The Belgium international hasn’t scored in LaLiga, while he is currently out injured and has to undergo ankle surgery.

However, Kylian, who is on loan at RWOM from Cercle Brugge, is adamant that Hazard won’t leave Santiago Bernabeu.

In fact, he insisted that Hazard is determined to prove that he is the best player at Real Madrid and will not leave until he has achieved that objective.

“He’s not going to let Real go until he’s proven he’s the strongest there,” Kylian Hazard told RTBF. He’s proven himself at every club he’s been to, and for me, he doesn’t want to leave.

“I don’t think he’s going to leave. If the president wants him to leave, if he knows he has no chance to play, then I don’t think that he will stay.

“But I can assure you of one thing: he will do everything to prove that he is the best player at Real,” he concluded.