“I warned him not to join Chelsea- Radja Nainggolan reveals 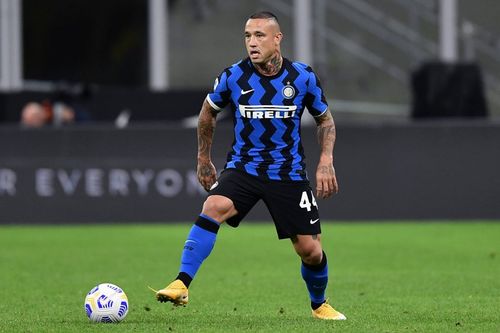 Radja Nainggolan, a former Chelsea target, has admitted that he advised his countryman Romelu Lukaku against joining the Blues.

According to Radja, he said,

“I warned him not to join Chelsea, but didn’t listen to me.”

Lukaku was Inter Milan’s key man, and Chelsea spent a club-record £97.5 million to get him to Chelsea. The Belgian has struggled in a Chelsea shirt after an initial run of form and is no longer a frequent starter.

Nainggolan, who previously turned down a transfer to Chelsea, has told how he attempted to persuade Lukaku to reconsider his decision.

According to RTBF, Radja Nainggolan remarked,

“I reminded him that he made the wrong choice by leaving Inter.”

“In that place, he was the king. He was perhaps the world’s best striker. But he couldn’t refuse his heart’s club. This is his third trip to Chelsea, and the third time it hasn’t worked out. He claims that the team was constructed around him, but that the system was broken.” As a result, the coach went with smaller, faster players. “Then came the results.”