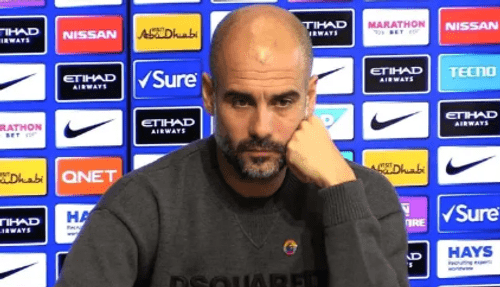 Chelsea have been in the news in recent weeks, as their Russian owner Roman Abramovich has been a subject of a ban from the UK, following his close relationship with Vladimir Putin.

This is with respect to on going war between Russia and it’s close neighbors Ukraine, as the UK continues to impose strict sanctions on Russia and those close to Putin.

Chelsea have now been a victim of the sanctions imposed on it’s owner, as the club have been banned from selling and buying new players for the time being.

In the light of the current situation, Manchester City manager Pep Guardiola revealed that he feels sorry for the team as well as their manager Thomas Tuchel.

In his words, he said “It’s a difficult position for the manager, for Thomas Tuchel, and the players. It’s uncomfortable and i feel sorry for them because they are there to do their jobs, as well as possible”.