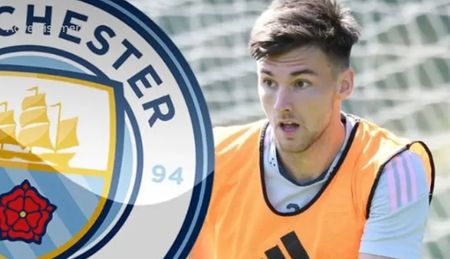 Arsenal brought in Oleksandr Zinchenko from Manchester City this summer in huge boost to Arteta. That lead to Arsenal to as well release Nuno Tavares to Marseille on loan to seek more of playing time. Now as last season saw Kieran Tierney pick a knee injury which needed a surgery but now his available for selection. This is not the situation Kieran would probably want to find himself in. With a tough competition for left-back position with Zinchenko. However according to Sunsport via The Mirror the latter may as well get an escape root with Manchester City interested in his signature. This is huge blow to Arteta especially with the player having experience needed at the team. And that’s why Pep is as well reported to be interested in the Scotland international. Kieran may see himself less important in Arteta’s team with the manager even giving the armband to Martin Odegaard as club captain going forward.

After the departure of Lacazette in this summer which possibly Kieran. Could have been expecting to be the one to take the responsibilities after being deputy to Lacazette in last season.