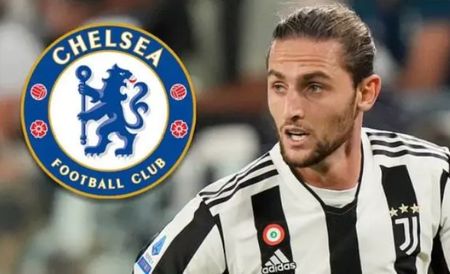 Chelsea have released Rudiger and Christensen this summer in a free transfer after expiry of their contract. However according to reports from Sunsport also Lukaku may be on his way out of the club to Inter Milan on a temporary basis. However with Jorginho and Kante having played less minutes in last season as per requirement by the club due to injuries. This is a concern for Tuchel who is believed by the Daily Mail to be as well interested in signing Juventus midfielder Andrea Rabiot. This a player they worked together at PSG before the latter did join Old Lady and Tuchel later to Chelsea. His reported by Daily Mail via The Telegraph that his ‘looking for a move to a Premier League’ especially a club playing Champions League football. Juventus are believed to be willing to accept £17m as an asking price for the player.

And Tuchel may finally reunite with his best former midfielder at Chelsea this summer if the blues make a move to sign Rabiot.