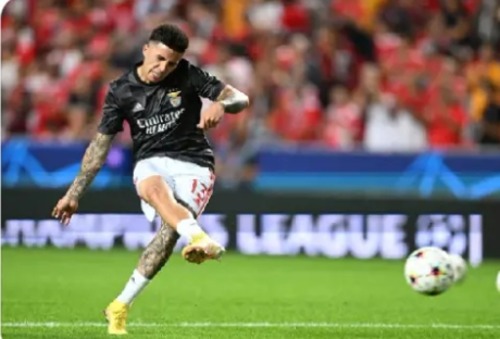 Now star midfielder Enzo Fernandez could be on his way to Chelsea after fully agreeing personal terms with the club. According to transfer expert Fabrizio romano, the blues have insisting on completing the deal with club demanding the premier league side to meet Enzo’s release clause before leaving the club. The blue’s were committed to pay a huge offer rather meet his release clause from the club.

However negotiations are ongoing with blues ready to pay his release clause awaiting to hear the response from benfica’s side. The two sides are in negotiations to arrive at a decision to complete Enzo’s deal in time before the deal is hijacked. Enzo Fernandez is set to replace Ngolo Kante at Chelsea with club’s strategy lieing on the star.