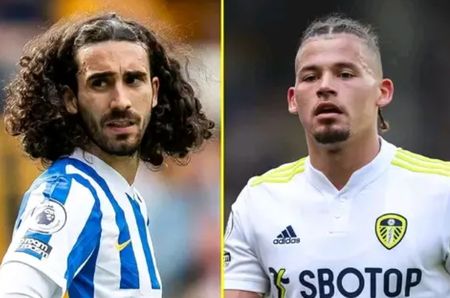 According to reports from the official website of Benfica FC, the Portuguese outfits have completed the signing of David Neres on a £12m deal from Shaktar Donetsk. The former Ajax youngster is considered as Darwin Nunez replacement, who joined Liverpool, and will sign a five year deal. According to reports by top Italian journalist Fabrizio Romano, both Marc Cucurella of Brighton and Kalvin Phillips of Leeds United are more than interested in joining Manchester City this summer. The report further suggests that Brighton and Leeds are waiting for an official bid from the premier league champions. According to reports by The Telegraph, Marina Granovskaia is set to leave Chelsea and new Chelsea owner Todd Boehly could take care of all the transfer negotiations. According to reports by Football London, West Ham United are in talks with London rivals Chelsea over the transfer of Armando Broja who spent last season on loan at Southampton. The Hammers see the striker as one of their top summer targets and negotiations over a £30m fee are currently ongoing.

United And Nottingham Set To Agree On Henderson’s Loan Deal Done Deal: Liverpool have completed the signing of Aberdeen youngster Calvin Ramsay on a five year contract deal worth £4m fixed fee with a further £2.5m in add ons. According to reports by The Daily Mail, Chelsea are looking to complete a double deal with Manchester City to sign both English International forward Raheem Sterling and Netherlands international centre back Nathan Ake.