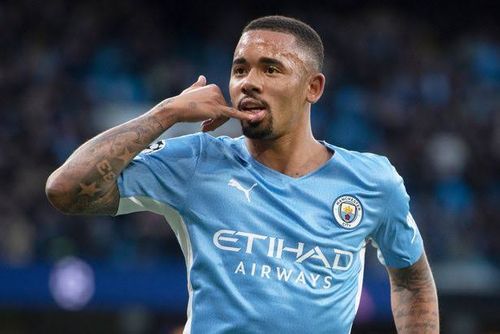 Tottenham is in the high side to get Gabriel Jesus signed from the highest competitor Arsenal, the highest bidder who wants the star from Manchester City in the summer transfer window.

No doubt, Gabriel Jesus is at the tug war for both rivals north London clubs in the premier league, Arsenal and Tottenham Hotspur.

Gabriel, who is 25 years old striker is at the top list of Mikel arteta to get the star signed in replace of Alexandre lacazette and Pierr-Emerick Aubameyang. As the Gunners closer to the Premier League champions £50 million value of the Brazilian player.

But, Tottenham Coach Antonio Conte has made a move to shatter negotiation by offering champion league football to Gabriel Jesus, who netted 95 times in six years at the Etihad.

Conte is very impressive that Jesus’s versatility as the Brazilian is as willing to play wide as he is through the middle.

Meanwhile, Arteta still hopes that Arsenal can compete for signings on Jesus’ level, despite missing out on Europe’s premier competition.

“We are going to have certain resources, not unlimited resources, some resources,” the Gunners boss said in May, preparing to lead his team into the Europa League come the autumn.

“And with our resources we have to play and do what we have to do in the best possible way. We don’t know what the rest are going to have in terms of resources, which I’m assuming is going to be challenging because now it’s not a top three or top four league. Now it is a top eight or 10 teams that are involved. That’s why we have to find a way to do again what we did last summer.”