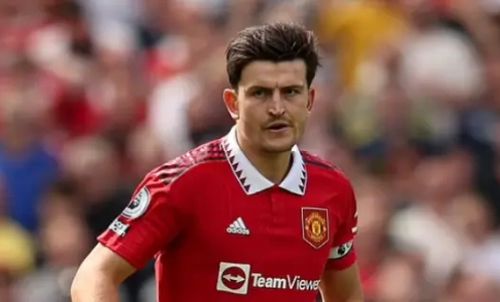 Thomas Tuchel’s side Chelsea could be poised for a surprise transfer deal before the summer window closes with them reportedly eyeing a deal for Manchester United star center-back and captain, Harry Maguire in a stunning development.

According to reports from the Daily Mail, the Blues have already reached out to the Red Devils to make enquiries over the potential availability of Maguire who have struggled to find his feet at the Theatre of Dreams over the last few months. As per the reports, the West London club are looking to include American international, Christian Pulisic in any deal for the English superstar after it emerged that the Erik ten Hag’s side are interested in the promising winger. However, despite the enquiry on Maguire, the Blues are understood to be still having their eyes fixed on.

Leicester City star center-back, Wesley Fofana and will only try and thrash out a deal with the Red Devils should the Foxes continue to play hardball.