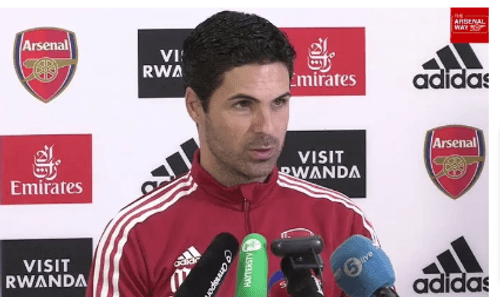 On this page, we give you the latest Chelsea transfer update and all related news from Stamford Bridge as it breaks.

According to reports, Arsenal target Raheem Sterling is interested in a move to Thomas Tuchel’s Chelsea from Manchester City in the summer transfer window, according to ESPN.

ESPN have reported that Chelsea are keen on signing attacking midfielder Sterling from Premier League champions Manchester City this summer.

The report has claimed that the former Liverpool star, who can also play as a winger, ‘is interested in a move to Chelsea’. However City reportedly have doubts whether Chelsea will make a significant offer for the 27-year-old England international.

The Telegraph have claimed that Chelsea manager Tuchel has made contact with Stering. Earlier this month, The Mirror reported that Arsenal are among the clubs keen on securing the services of the English star, who earns £300,000 per week as salary (Spotrac).

Chelsea over Arsenal for Raheem Sterling
In our view, Chelsea would be more appealing than Arsenal to Manchester City star Raheem Sterling in the summer transfer window.

Yes, Arsenal are a big club, but Chelsea will play in the UEFA Champions League next season and regularly compete for the Premier League title.

And they win trophies. Now, of course, Manchester City have become a dominant force in English football over the years, but leaving the Citizens for Chelsea would not be a bad move for Sterling, especially if he gets to play regularly.

With this good news Chelsea will triumph in all their matches, if this new players is been signed this season.

And a lot of improvements will be seen in this new season in Chelsea’s performances comes 2022/2023 Premier League campaign.

As the Blues prepare ahead of the pre club friendly matches a lot is expected to be seen as Chelsea’s fans are fully in support with Thomas Tuchel’s decision to get this quality players signed to his squad this summer.