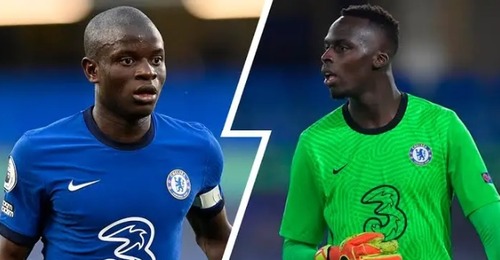 Chelsea are looking forward to picking all three points against a well established Crystal Palace side in this weekend’s Premier League encounter. The West London side are set for first game in the competition under Graham Potter after the latter replaced axed Tuchel recently. Graham Potter took charge of Chelsea against RB Salzburg but the new gaffer didn’t help his side to a victory with the results at the Bridge. Being a 1-1 draw in blow to fans in the group stage fixture of Champions League campaign. However ahead of a trip to Palace the blues have good news as Mendy is back in training after a knee injury as per Sunsport. A well experienced 31-year-old Kante made a return to training in this week as well after a hamstring problem. We take a look into how Graham Potter may line-up his troops in a London derby against Patrick Vieira side. Between the sticks a well playing Kepa Arrizabalaga may continue his good work.

As a last line of defence could be having Cucurella, Koulibaly and former Leicester City ace Fofana as well as Reece James. In midfield we could see Kovacic, Jorginho and Kante to try and control the game with an attacking trio of Raheem Sterling. And their summer signing from Barcelona, Aubameyang and Mount to score goals for the visitor in a 4-3-3 formation.