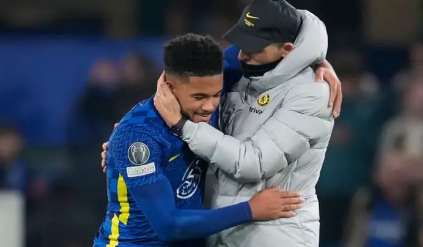 Chelsea is in the worst form they have been all season, losing to Everton after playing out a 1-1 draw against Manchester United on Thursday. Chelsea has been a shadow of their former buoyant and creative selves with many faults in the team, ranging from numerous defensive woes to their recent inability to create and convert concrete chances.

These are all an indication of the growing fact that Thomas Tuchel’s system is failing. Doing a little analysis, here are two significant reasons the proven Thomas Tuchel’s design is currently failing.

Chelsea went from a Champions League winning team spirit to an average motivation that is only based on survival. The current Chelsea squad is not much different from the team Tuchel led to European glory last year.

However, the orientation of these very players has been dramatically impacted by many factors, ranging from a sense of achievement to age.

Chelsea Manager Out: Three Tactical Managers That Can Take Over From Thomas Tuchel

Every incredible manager in the premier league occasionally has to modify their tactics to suit the occasion. Thomas Tuchel has, however, not been able to implement the right line of changes to his style with the availability of players.

Tuchel has failed to adjust his tactics to suit the current players at his disposal.