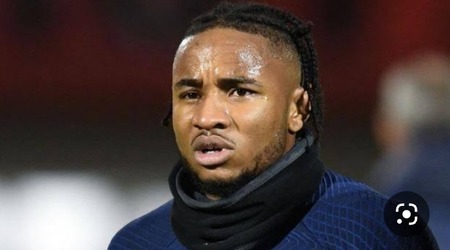 Nkunku: There have recently been some concerns about the Christopher Nkunku deal because Chelsea has yet to make an announcement. However, the agreement has now been signed.

A director at RB Leipzig confirmed that Nkunku will join Chelsea in June, assuaging Chelsea fans’ fears that the deal would fall through.

Nkunku is set to join Chelsea as a player on June 1st.

According to BILD via Fabrizio Romano, RB Leipzig director Max Eberl has announced that Christopher Nkunku will join Chelsea in the summer after his season with Leipzig in Germany concludes.

The transaction was completed completely. Contracts have been signed and medical exams have been completed since August. The only thing left to do is make the announcement, which neither party is eager to do given that Nkunku is a Chelsea player.

The deal for Nkunku has been completed, and Chelsea fans can rejoice that he will play at Stamford Bridge next season.

The possibility of a front-line partnership with Armando Broja, who recently graduated from the academy, is the most impressive aspect of his signing. Chelsea, coached by Graham Potter, benefits from his ability to play in any of the front three positions or from midfield.

Armando Broja and Christopher Nkunku both enjoy playing with a center forward. They will pose a challenge to their competitors’ defenses due to their plethora of speed, power, and tricks. Chelsea supporters can expect plenty of goals and exciting moments at Stamford Bridge next season.

It has been decided that Reece James, who has excelled to the point where he is now one of the best in the world, will continue to maintain his position on the right.

As a result of their superior technical ability, Mateo Kovacic and Jorginho could be given more playing time in the middle of the field given that N’Golo Kante is likely to be let go at the conclusion of the current campaign.

To begin, a brand new signing. If the Blues are unable to get a No. 9 of the highest caliber, Christopher Nkunku might be compelled to play in the middle of the field.

As a striker’s support team, Raheem Sterling and Mason Mount are likely to be selected over other versatile players because of their ability to play as two No. 10s when necessary and drift wide when necessary. In other words, they have more than one role that they can play.

Chelsea will reportedly pay €67m for the forward. He will join the Blues in the summer. The Blues beat their competitors by agreeing a fee in advance.

The Frenchman has scored 17 goals and provided four assists in 23 appearances for Leipzig so far this season.

“The signs are very, very clear that he’s moving to Chelsea”, told Bild TV. Fabrizio Romano confirmed again that Nkunku’s move to Chelsea is 100% signed. He’s a Chelsea player as revealed in December, no doubts – will join in July.