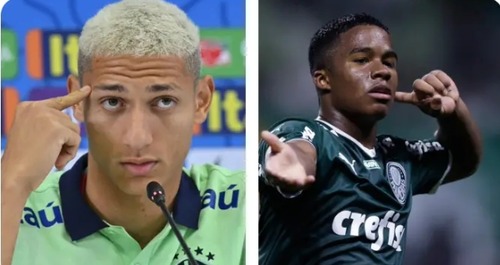 Some national teams competing in the ongoing World Cup tournament have already met their opponents in the knockout stages. Poland, Argentina, France, England, and Australia are among these.

The tournament is expected to become even more difficult as it progresses, as only those of exceptional quality will take the necessary steps. In club football, scouting staff have been busy looking for quality players to add to their squads as soon as the transfer window opens. Graham Potter’s Chelsea have been seen making progress in identifying required talents. According to reports, Chelsea are battling other European top clubs like Real Madrid and Paris Saint Germain in the race to sign Brazilian wonderkid,Endrick.

The young talent who plays for Brazilian side Palmeiras has piqued the interest of several European clubs, and a battle for his signature is expected to be fierce once the transfer window opens.

Richarlison of Tottenham Hotspurs is the latest player to praise Endrick’s abilities. Endrick is strong and talented, according to him.