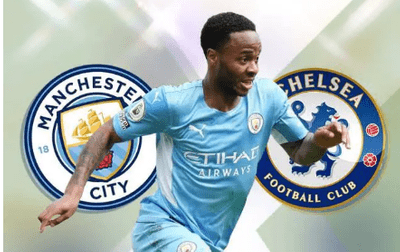 Great to Chelsea fans as Raheem Sterling happy to get signed with premier league giant- Chelsea is now down to the last few details to sign their first player of the summer, and it’s taken some time.

Raheem Sterling, a winger for Manchester City, is now just a few legal documents to complete before the Blues can officially announce his signing.

In order for Sterling to join the rest of the team for the American trip this Saturday, Chelsea is planning to sign him today.

According to the source, Sterling is content with the terms offered and eager to return to London with the team. The cost will be £45 million plus an additional £10 million.

First signing for Chelsea under the new owners, it will make a respectable impression. However, as the new season approaches in less than four weeks, Chelsea supporters are aware that we need more, and we need them to start flowing in quickly immediately!