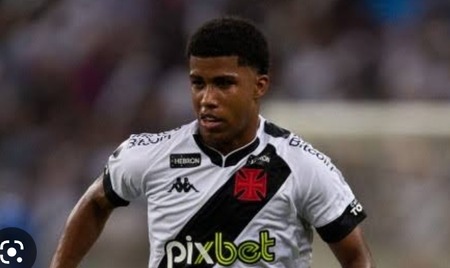 Santos has been in talks with Chelsea for several weeks and flew in on Thursday to complete his medical. Santos is expected to be named today or tomorrow.

According to Fabrizio Romano, Chelsea have completed the signing of Andrey Santos from Vasco Da Gama.

Both clubs’ contracts have been signed, and Chelsea has agreed on personal terms with Andrey Santos and his team. The transaction is complete.

Santos is currently in London for his medical, after which Chelsea will make the official announcement introducing the player as blue.

Chelsea will pay a fixed fee of 12.5 million euros, rather than the rumored 20 million euros. It is the second deal they have completed after David Datro Fofana, and a third on Benoit Badiashile will be completed soon.

Santos is unlikely to be loaned out right away, and Chelsea will evaluate him in training before making a decision. Given his recent struggles in the middle, they may believe he can play a part.

Chelsea made a great signing with him after closing the Andrey Santos operation.