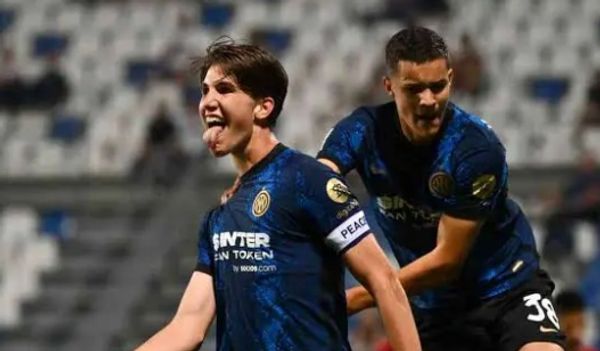 Chelsea is probably one of the busiest abd most active in this transfer window. Thomas Tuchel through their owner Todd Boehly has so far made some incredible signings with hopes to bolster their squad in preparation for the already going on 2022-2023 campaign

The blues have so far obtained the signatures of Raheem Sterling from Manchester City, Kalidou Koulibaly from Napoli, Carney Chukwuemeka from Aston Villa and Marc Cucurella from Brighton and Hove Albion. However, by the looks of things, the Blues are not yet through with their transfer of late the West London club has been linked with a move for an Italian international wonder kid currently playing for Inter Milan, Cesare Cesadei who has also drawn interest from OGC Nice The Blues have been reportedly submitted a fee of €8 million for the 19 year old midfielder but it was rejected by the Serie A side. Simone Inzaghi’s turning down the offer has not put off Chelsea’s ambition to bring the player to Stamford Bridge as they plan to return with an improved offer The Blues are planning to make a £10 million offer which might be turned down again since the club is demanding for a £15 million for the U21 Italian player.

CHE vs TOT: Chelsea player gets injured ahead of Tottenham game

According to Fabrizio Romano, Chelsea have agreed personal terms with the player abd will soon on his way to Stamford Bridge