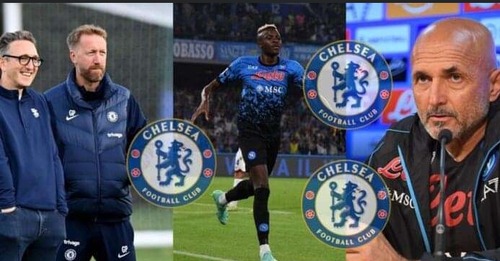 Drogba took to Twitter to emphasis his admiration for the Napoli star, having already spoke glowingly about the striker.

The Chelsea great reacted to an old clip of Osimhen unselfishly handing the ball to one of his teammates ahead of a penalty kick instead of taking it himself.

Forwards are paid the big bucks to score the goals, but Napoli’s number nine highlighted his willingness to share the spoils amongst his comrades.

This is just one of the many reasons why a handful of clubs across Europe want to acquire Osimhen’s services, including apparently Chelsea.

Chelsea reportedly eyeing up Osimhen
According to 90min, the Blues are considering signing the Nigerian international next summer, having been a hit with the club’s scouts.

Should Todd Boehly make a move for the in-form attacker, he will have to break open the piggy bank to do so.

Napoli reportedly want £87m (CalcioMercato) for their prized possession, a fee that only a handful of teams can realistically afford.

Thanks to the financial backing of Boehly, Chelsea has the funds to fork out for Osimhen if they are serious in their pursuit.

Graham Potter already has a wealth of attacking talent at his disposal, so to cram another superstar into the squad might cause more problems than positives.

However, the current crop of forwards hasn’t exactly hit the ground running this season.

Raheem Sterling and Kai Havertz lead the scoring charts with four a piece, with the two recognised strikers Pierre-Emerick Aubameyang and Armando Broja on four between them.

Chelsea have been crying out for a man to definitively lead their line arguably since the days of Drogba.

Perhaps Osimhen really could be the Ivorian’s successor.