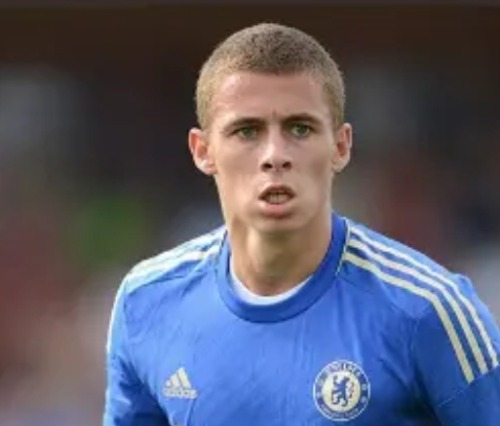 The UEFA Champions league round of 16 draw was held yesterday,which resulted to some exciting fixtures in early February next year. There will be a repeat of the 2019/20 and 2021/22 finals as Bayern Munich will face PSG while Real Madrid will face Liverpool. Hazard after signing for Borrusia Dortmund.

The last English club to win the competition Chelsea,will take on German ace Borrusia Dortmund,a clash which some players will face their former club. Aubumeyang and Pulisic will head back to Signal Iduna Park for first the first time,since leaving the German giants for London.

Round of 16 Dortmund versus Chelsea.

Thorgan Hazard return to Stamford Bridge since being sold to Borrusia Monchegladbach in 2015. The 29 year old was signed by Chelsea in 2012 alongside his veteran brother Eden Hazard.

He barely featured for the blues which resulted to numerous loan spells at Waregem and Monchegladbach,before a permanent move. Young Thorgan Hazard at Chelsea in 2012.

Thorgan is likely to be included in Belgium squad for the World Cup,after an outstanding performance for BVB in the champions league group stage, where they faced Premier league champions Manchester city.