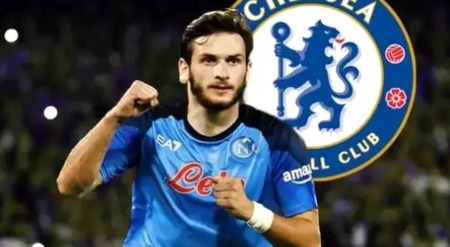 Chelsea are reportedly willing to spend €100 Million to sign Napoli winger Khvicha Kvaratskhelia with Liverpool interested in signing the winger hence likely to have bidding war in January. Arteta has hailed Chelsea forward Aubameyang as very dangerous due to his ability to put the ball in the back od the net and he is going to be doing that until he decides to retire from football. Chelsea have been handed huge boost on their pursuit for Barcelona star Frenkie De Jong after Man United ended their interest on the star and instead focused on Jude Bellingham who could available for more than £100 Million. Chelsea Goalkeeper Mendy is keen to start against Arsenal after recent foot injury to Kepa as he fights to keep his place which he had lost previously to the Spaniard. Jorginho agent Joao Santos has insisted his client wants to remain at Stamford Bridge despite his current contract expiring in June 2023 and being linked with a move to Barcelona and AC Milan. One thought on “Good News As Chelsea are Willing to Spend €100m For Khvicha, Ben Chilwell Injury Update, Mount, Jorginho”