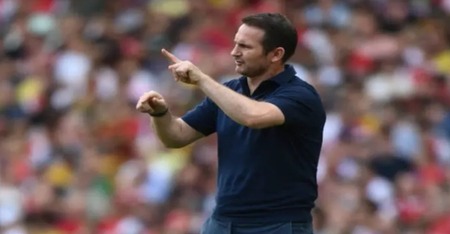 “It’s an interesting link because I know when Frank Lampard was at Chelsea, he [Sarr] was one of the names that he put forward to the Chelsea board when he was looking for attackers,” Phillips explained.

“You can be fairly certain that the interest is genuine, particularly on Frank Lampard’s part.”

“I don’t think he’s reached his full potential yet, but he’s definitely got something about him, and he could reach that potential,” Phillips added.

“I’m not sure if he’d go to a club like Everton, but I think he’d set his sights a little higher than that.”

Leao, 23, is currently earning around £28,000 per week at AC Milan, and Chelsea are willing to pay him a’monstrous salary’ to move to Stamford Bridge.

Leao is nearing the end of his contract with the San Siro. While Milan has been in discussions with Leao’s entourage, the parties have yet to reach an agreement on the terms of the winger’s current contract extension.

According to the report, ‘alarms’ are sounding in Milan as the Italian club prepares to accept a massive winter offer from Chelsea for their Portuguese star in January.