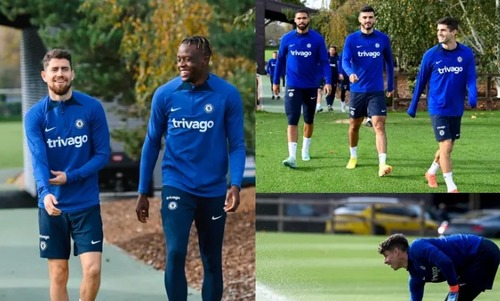 A win will make sure they stay in the midst for the tittle and top four finish, so below are the few things every Chelsea supporter should expect from the highly anticipated game tomorrow. Graham Potter returns to his old side via Twitter photos.

Attention on Graham potter. The Chelsea new coach Graham potter will be returning to his former side for the first time since leaving them for Chelsea earlier this season, the cameras and focus will be on him.

Attacking football on show. Chelsea players showed they are adapting to Graham potters style with some sleek football played against Salzburg, against a Brighton side that likes to attack, fans could be braced for free flowing football. Denis Zakaria poised for his debut. The midfielder enjoyed an impressive training session and he is edging closer to making that highly anticipated debut for Chelsea and it could be tomorrow. Denis Zakaria could line up in midfield tomorrow via Twitter photos.