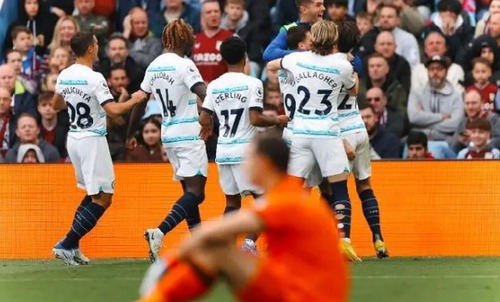 Chelsea midfielder, Ruben Loftus-Cheek has been the major target for Everton’s manager as the transfer window will be officially opened next year in January.

The Blues player has been sent out on multiple loans to gain experience and attempt to prove to Chelsea he’s worthy of a first-team slot. This season, Loftus-Cheek has played in a host of positions, proving his versatility to Graham Potter.

No doubt, a lot of improvement with the England international who could have been growing frustrated at not playing regularly in his favored position, and according to Simon Phillips, a former Chelsea player could make a January bid to snatch him from Stamford Bridge.

The report claims that Everton is keeping tabs on his situation and could make a move in January or during the summer transfer window.

It’s no secret that Everton is severely lacking creativity on their side this season. As they sit 17th in the Premier League table, Lampard will be desperate to add an increased attacking threat to his starting eleven.

Despite his role, Loftus-Cheek is capable in any midfield position. Frank Lampard could see this, and develop the 26-year-old into a goal-scoring midfielder like himself, it could be a smart move.

598 thoughts on “Everton eyeing Chelsea star, as Coach set to get him sign in January”