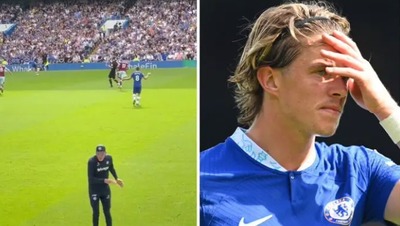 Chelsea are back to winning ways after losing their last match in the English Premier League as they defeated London rivals West Ham United at Stamford Bridge on Saturday afternoon. West Ham took the lead through Michail Antonio, but second-half substitutes Ben Chilwell and Kai Havertz scored to give Chelsea the deserved win over the Hammers at home. Despite Chelsea’s win, here are the three players who had the worst performance against the Hammers.

The former Borussia Dortmund winger started ahead of Havertz but could not make use of the opportunity to convince Thomas Tuchel. The American forward didn’t add any impact on the game before he was subbed off. The Spanish defender could not offer more in attack for Chelsea during the time he spent on the pitch. Chilwell came on to change the game on the left, a feat the former Barcelona defender failed to achieve. The England international is yet to prove his worth that he deserves to start all games for Chelsea this season.

His performance against the Hammers can’t make him seal off the starting eleven spot with the game still showing that Chelsea needed N’golo Kante back.