EPL: “Thanks for everything TT” as Thiago Silva sends an emotional messages to Thomas Tuchel 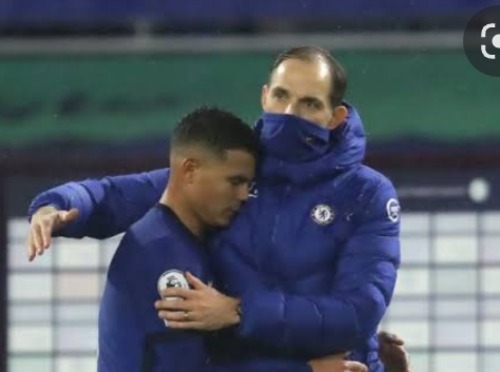 Chelsea star player, Thiago Silva took to his official Twitter account to send an emotional message to his former manager, Thomas Tuchel who was sacked from the club, September 7th, by the Chelsea owner, Todd Boehly. Although, Thomas Tuchel was Thiago Silva manager then at Paris Saint-Germain where they share victories and defeats together.

And both met again in Chelsea, a place where they will remember it for winning the UEFA Champions League, UEFA Super League and the FIFA Club World Cup.

Beyond being good professionals, you and your staff were amazing human beings. It was a real privilege to meet you and work with you. Thank you for everything #ThomasTucheI , I wish I could be more helpfull! God bless you and your family 🙏💙💙💙 @TTuchelofficial

No doubt, The German tactician was sacked by the Blues owners on Wednesday, September 7th, 2022 following a series of poor performances recorded across all competitions especially for the Blues this season.