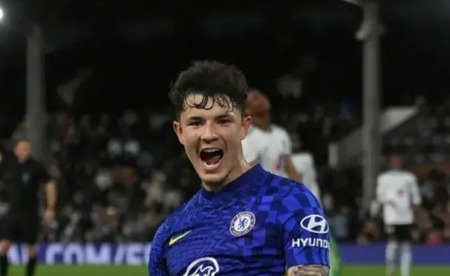 The English Premier league clubs have began negotiations for the January transfer window,as they prepare to bolster their squads. City are still keeping tabs with different players,despite their squad depth since some stars like Gundogan,Bernardo Silva and Jack Grealish are rumoured to likely quit the club.

Real Madrid are still salivating for Haaland,whose release clause could be triggered from the summer of 2023,hence Pep is preparing for his potential replacement. City have turned their attention to league rivals Chelsea,in a bid to raid one of their sensational young star.

On his official Twitter post,Nizaar Kinsella have reported Manchester City have began talks to sign Chelsea under 21 striker Jude Soonsup Bell,who could leave this summer. Many European clubs are also looking at the forward who joined Chelsea as an under 13 from Swindon.

Jude made his Chelsea senior debut against Brentford last season,and also scored the winner in under 18 premier league cup final against Fulham at Craven Cottage. He is out of contract next year,and have declined any contact negotiation with the blues,favouring his move to City of Manchester.

One thought on “EPL: Manchester City are in talks to sign Chelsea’s sensational forward”