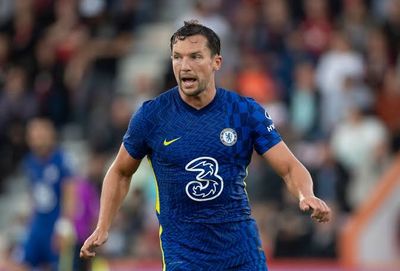 Get the latest Chelsea news live update from Stamford Bridge as it’s breaks as a Chelsea Midfielder, Danny Drinkwater has this to say;

Danny Drinkwater has said he is relieved his Chelsea nightmare has ended. According to the midfielder, he wasted some of what could have been his best years at Stamford Bridge as a footballer.

The 32-year-old, who was a key figure in Leicester City’s title-winning side during the 2015/16 season, moved to Chelsea in 2017 for £35m, signing a five-year contract at Stamford Bridge. It did not work out for Drinkwater, who made just 23 appearances for the club, scoring just a single goal.

When asked if he feels like he’s wasted the best five years of his career, Drinkwater told Sky Sports:

“Yeah, it feels like ‘what have you thrown those five years away?’

“If you’d stayed at Leicester, if you didn’t get injured and if the club treated you differently.

“They’re all ifs. It’s frustrating, 100 per cent. Don’t think I’m still not burning about how it’s gone. I still kick myself for it. But on the other side, am I going to keep kicking myself, because I can’t change it.”