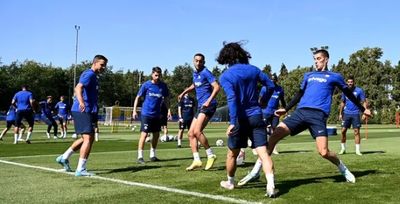 Chelsea manager, Thomas Tuchel has stay committed to his first-choice front three so far this season, as he featuring Mason Mount and Raheem Sterling, alongside with Kai Havertz.

And he’s set to continue with the trio until he bolsters his ranks with a new signing in the final days of the window – whether it be Pierre-Emerick Aubameyang, Anthony Gordon or another player.

Sterling found his scoring touch for the Blues against Leicester, netting both goals to win the game, and he’ll be hungry for more on the south coast.

SOU vs CHE: Kante and Kovacic out, Chelsea midfield trio can help the Blues wins against Southampton tomorrow