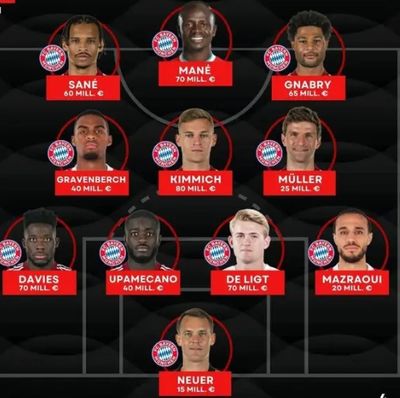 DFL Super Cup 2022: RB Leipzig vs Bayern possible starting XI: Bayern Munich has put on a strong performance in the preseason games and appears to be stronger than the previous season. During the summer transfer window, the German champions signed a slew of new players. They added Matthijs de Ligt, Ryan Gravenberch, Sadio Mane, and Mazraoui to their roster. This weekend, they will most likely face Leipzig with their new additions. They will play a competitive game without their legendary striker Robert Lewandowski for the first time. The Starting Lineup That Could Give Bayern Munich The Win Against Leipzig.

Sadio Mane could lead the attacking line, with Serge Gnabry and Leroy Sane providing assists from the wings. However, Thomas Muller will most likely play in the midfield alongside Ryan Gravenberch and Muller. Furthermore, summer sensation Matthijs de Ligt will join Dayot Upamecano on the defensive line. With the lineup shown above, can Bayern Munich beat Leipzig in the German Super Cup?