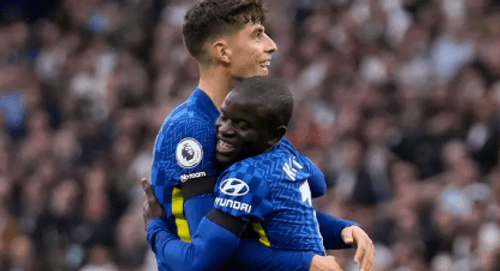 As the Blues prepare for a new life under new owner, Todd Boehly, Thomas Tuchel is expected to improve his squad during the forthcoming transfer window.

Two players have been heavily earmarked – one to leave the club to a rival club, Manchester United and the other, to join from Barcelona possibly on a loan deal this summer. With N’Golo Kante’s contract up in 2023 and rumours of Manchester United eyeing up the possibility of a similar deal they struck for Nemanja Matic in 2017, the thought of not strengthening the midfield with the possibility of Kante’s exit, will be hard to bear for Tuchel when the new season begins. Chelsea have been heavily linked with a move for West Ham United Defensive midfielder, Declan Rice. But, with West Ham overpricing the midfielder, Chelsea may not be able to acquire his services.

Another worst case scenario that could happen to Chelsea during this forthcoming transfer window is to miss out on Ousmane Dembele who is set to leave Barcelona for free in the coming weeks should he fail to pen down a new deal with the Spanish outfit. According to a report released by DailyMail, Liverpool are interested in acquiring the services of Ousmane Dembele from Barcelona on free Transfer also should Mane decide to leave the club this summer. If Liverpool steps up their pursuit before the Blues does, and they end up missing out on him, it will be a huge blow for Thomas Tuchel side given the quality the player brings to the table.

Anything is bound to happen in football, but if Chelsea fail to replace N’Golo Kante should he decide to leave this summer, the aftermath will be a disaster waiting to happen in the new season.

If Chelsea fail to acquire the services of Ousmane Dembele for free this summer, and loss out on the chances of saving millions in transfer fees, it will also be another worst case scenario for the Blues in the forthcoming transfer window.