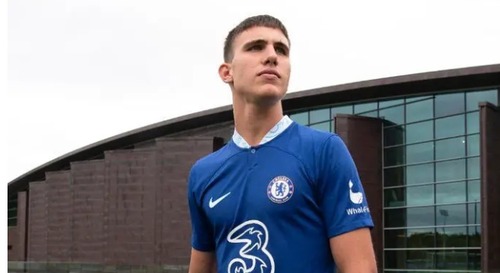 He stole in at the far post at a corner and rifled in a half-volley from close range on his right foot for his first goal.

In the 84th minute, he nodded in a header from a nice Dion Rankine cross to put the Blues up 4-3.

87′ | Casadei completes his hat trick with a hard strike from the edge of the box, looking like a real talent#Hamlet 3-5 #Chelsea#DHFC

But Casadei had saved the best for last.

Late in the game, he finished the set with a powerful left-footed shot from outside the box. Even Hamlet’s Twitter account admitted they were up against a “real talent.”

Havertz, a Chelsea attacker, snaps: “Stop asking me that.”

It ended 6-3, and it was a fun game for the fans to watch in the Saturday sunshine.

Casadei joined Inter Milan in the summer and has yet to play a senior game in his career; if he continues to play like this, he won’t have to wait long.