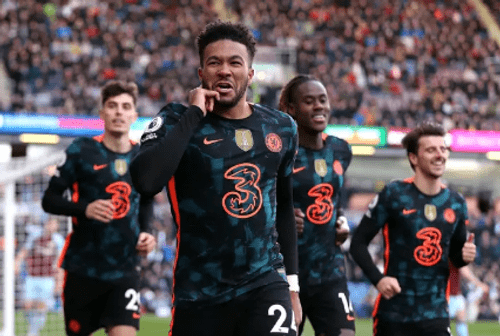 Chelsea banished memories of their painful EFL Cup final defeat with a 4-0 hammering of Burnley at Turf Moor on Saturday evening. A dominant victory indicated a statement of intent for Thomas Tuchel’s side, who have now won three games in a row for the first time since October, as they bid to close the gap at the top of the table.

Chelsea are now 13 points behind league leaders Man City, and 10 points behind Liverpool, but they can still catch up with those two. The blues might extend their winning streak in the coming weeks as their next six games are all winnable fixtures. Chelsea next six opponents in the Premier League

1. Norwich vs Chelsea (Thursday, March 10th): The next task for the European and world champions is a trip to Carrow Road to take on relegation-destined Norwich City.

2. Chelsea vs Newcastle (Sunday, March 13th): Next for them is another relegation-threatened side in Newcastle. The blues have won their last 9 home matches against the Magpies and are expected to triumph once more.

3. Chelsea vs Brentford (Sunday, March 2nd): Local rivals Brentford are the next bottom-table side scheduled to visit Stamford Bridge.

4. Southampton vs Chelsea (Sunday, March 9th): The Saints will be handicapped as they can’t field their best striker – Armando Broja – against his parent club.

5. Leeds United vs Chelsea (Sunday, March 16th): Leeds are the whooping boys of the EPL at the moment, having lost 6 of their last seven matches (1 draw) and have failed to win a match since mid-January. Mathematically, Chelsea can still catch Man City and Liverpool.
City haven’t really been at their best for a number of weeks now and have allowed Liverpool to close the gap at the top of the EPL table. Liverpool on their side still have tough fixtures lined up including Arsenal, Man City and Tottenham.

With the return of key players to the squad and the team on top form at the moment, Thomas Tuchel’s side can close the gap on the top two if they go on a winning streak as expected.