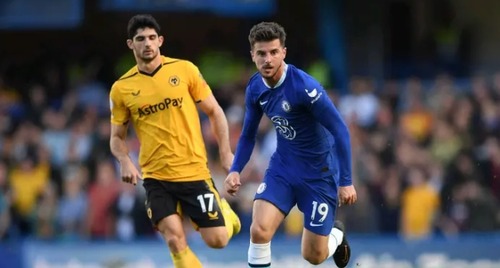 Graham Potter has struggled to return Chelsea to winning ways in the Premier League. The English coach has performed admirably in the Champions League, but his club has struggled to win games in the domestic league.

The Blues have now fallen 16 points behind the league leaders and eight points behind the top four. If Chelsea does not improve and start winning more games when the League season begins in December, the gap may widen even more.

While the club as a whole requires significant improvement, the English coach has brought out the best in a few players. He has some talented players, but Mason Mount has emerged as Stamford Bridge’s standout performer under his tutelage.

The English under Potter The attack midfielder has changed appearances and has begun to produce for Chelsea in the number 10 position. Graham Potter, the new manager of Chelsea, has started him in the vast majority of their games.

Mount has demonstrated the ability to develop into an excellent player, and he may end up being a key player for Chelsea in the future. He is still young, so gaining the kind of experience that will make him unbeatable in his prime is critical.