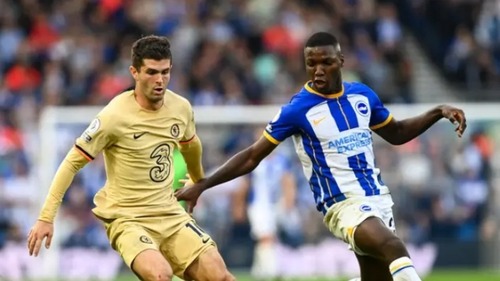 Chelsea witnessed their first defeat under Graham Potter on Saturday afternoon at Amex Stadium. The former Brighton and Hove Albion Manager returned to Amex Stadium for the First time since he became Chelsea Head Coach.

It’s safe to say it wasn’t a great reunion for the England International as the Home Fans booed him and his Former Players humiliated his new Players on pitch. Chelsea conceded two own goals, no thanks to Ruben Loftus-Cheek and Trevoh Chalobah, as the scoreline ended in 4-1.

Chelsea were able to book a spot in the knockout rounds of the UEFA Champions League after beating Red Bull Salzburg at Red Bull Arena in Austria on Tuesday prior to the defeat in the Premier League against Brighton on Saturday. Against Aston Villa, they got lucky as the Villans pressed the Graham Potter’s side but they were able to get a 2-0 win.

We miss him alot Chelsea fans cries out after terrible defeat

Chelsea kept a clean sheet and got a draw against Brentford but the Bees should have won the game because their Attackers were absolutely a menace against Chelsea and Kepa Arrizabalaga took a lot of plaudits for some great saves he made in the game. Chelsea were forced to make an early substitute against Manchester United last weekend at Stamford Bridge because the initial game plan wasn’t working. They also failed to defend the late Lead they got in the game against the Red Devils and it ended in a draw.