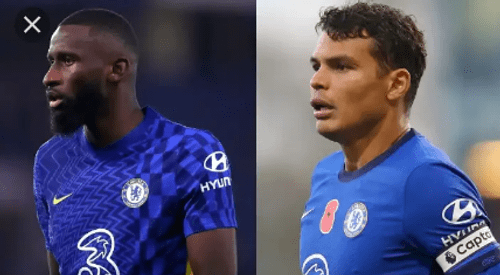 Chelsea defender Antonio Rudiger recently spoke about his team mate Thiago Silva.The duo make up two third of Chelsea 3 man defense line and without doubts, the pair has been superb in their performance this season thereby assisting Chelsea in conceding less amount of goals.

When fit, the pair are the first choice defenders in Chelsea lineup and Chelsea has conceded just 19 goals in a total of 28 league matches. Just one above league leaders Manchester City (18) which makes them the team with lesser goals conceded.

In a recent interview, Antonio Rudiger admitted that it could be difficulty playing along side Thiago Silva due to the language barrier. It’s no news that Thiago Silva is not fluent in English language thereby making it a little difficult in communicating with him.

“Because of the language barrier, it’s difficult,” Rudiger said. “People like him, he’s a nice guy. He talks on the pitch.”