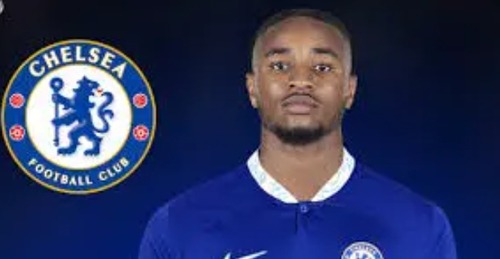 Chelsea news and transfers: Get the latest Blues news and updates as the England vs Wales match approaches.

On November 14, 2022, France’s midfielder Christopher Nkunku gives a thumbs up as he arrives at the team’s training ground in Clairefontaine-en-Yvelines, outside Paris, for a get-together two days before the French national team departs for the upcoming Qatar 2022 World Cup football tournament.

The week-long countdown to the World Cup in Qatar begins, with the world’s top footballers focusing their attention on one of history’s most contentious tournaments.

The first Arab World Cup will begin on November 20, 2022, with the host nation facing Ecuador.

The 29th of November.

Yesterday was another exciting day of World Cup action, and today, with Group A and B both finishing, promises to be just as exciting.

Because England is playing, Chelsea transfer targets Jude Bellingham and Declan Rice will be present for Blues fans to scout and judge. They could be two of the players who join Christopher Nkunku at Stamford Bridge next year, after the Frenchman reportedly agreed to a deal with RB Leipzig in 2023.