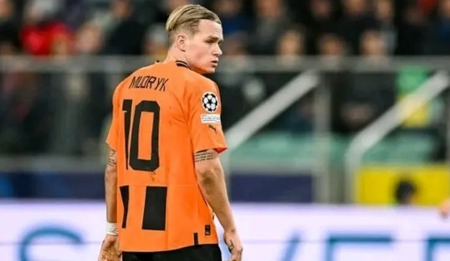 Mykhaylo Mudryk: Chelsea FC defeated Arsenal for the second time in a row to sign their fifth player for the 2023 transfer window.

According to multiple reports, the Chelsea FC board of directors is demonstrating their support for Graham Potter as the club prepares to complete their fifth transfer signing for the January 2023 transfer window.

Mykhaylo Mudryk, Arsenal’s main transfer target since the start of the January 2023 transfer window, is set to join Chelsea for a fee of 100 million euros.

This is the second time Arsenal has missed out on a deal with Chelsea FC, following the loan move of Joao Felix to Chelsea rather than Arsenal.

Mykhaylo Mudryk is expected to arrive in London today, Saturday, January 14, 2022, according to reports.