Chelsea thinking of a move for £55m rated-attacker 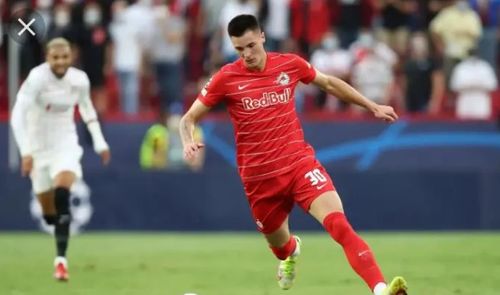 Chelsea manager, Thomas Tuchel is still looking for defensive reinforcement for his squad, and a number of players are on his radar.

Tuchel is expected to add offensive reinforcement if the budget allows, and according to the Media Foot, Chelsea is interested in a 19-year-old talented attacker from RB Salzburg. Benjamin Sesko, who has gained a huge reputation for the Austrian side, has impressed the Blues. He is such a promising young player who has been at times compared to Manchester City’s Eirling Haaland.

He is a promising young player who has been compared to Manchester City’s Eirling Haaland.

At just 19 Sesko has scored 12 goals in 38 senior appearances for Salzburg and has received 13 senior international caps from Slovania national team. Sesko is worth around £55 million, and given his age, signing him should not be a problem for Chelsea. He has showed off his incredible talent against Liverpool and is now gaining attention in European football. Manchester United and Borussia Dortmund are also said to be interested in the attacker.