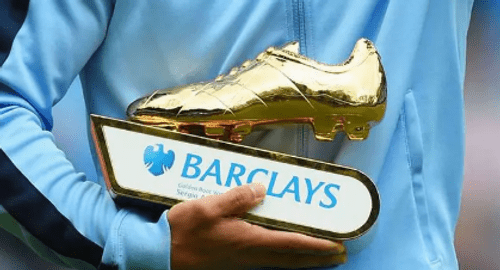 Chelsea star, holds the view that he already have goals in him despite the fact that premier league outfits are now making signings.

The English premier league golden boot race could be very tight next season as the premier league outfits are now making sensational signings ahead of resumption in August.

A good number of top strikers in Europe who includes Scammaca and Nunez Darwin who have had best seasons with the current clubs in the just concluded season are expected to bring their goal scoring brilliance to the premier league next season.

Could these transfers go through, they will join Erling Haaland who has already been confirmed as Manchester City’s new arrival for next season.

Earling Haaland is expected to be be premier league’s top scorer next year following as his performance with the German heavyweights Burrusia Dortmund speaks for himself. In fact Haaland has been branded the best number nine on the planet. Despite the fact the Norwegian is given upper hand to smile with the award in him first season in the premier league, Chelsea Star Mason Mount believes he can compete the wonderkid under one condition.

Mason Mount who plays as creative midfielder for the London based club believes he already has goals in himself.

Mount says he can score several goals if he finds a forward who plays with him as a forward. “I focus in where I can improve, which is the assist side, because I have naturally have goals in me. If I can get forward and arrive late in the box, as a midfielder I feel like I can score goals” Mount said.