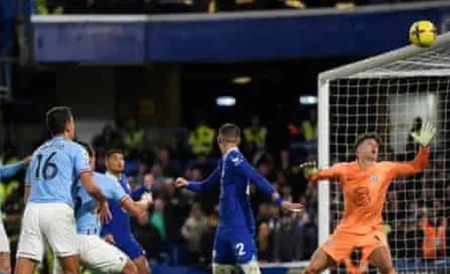 The Blues lost their six game this season where they were defeated by the defending champions Manchester City at Stamford Bridge. In that match, one of the Blues stars delivered an impressive performance which proved he can be unstoppable if he’ll be given more playing time. The Blues suffered a big blow in that match after two of their players, Rahim Sterling and Christian Pulisic were forced to be substituted due to injuries in the 5th and 22nd minute. The Blues had almost opened the scoring in the 44th minute before Chukwuemeka struck the post. In the second half, the Cityzens made some changes where they removed Foden and Walker and brought on Grealish and Mahrez who changed the game. Grealish and Mahrez combined well upfront to give Chelsea defenders no rest. They ended up helping their side to grab an opening goal in the 63rd minute where Grealish made a great pass to Mahrez who scored from close range. Graham Porter decided to make some changes where he brought on Gallagher and removed Aubameyang.

Gallagher made a massive change to the Blues game where he brought on some momentum creating multiple chances upfront. The Blues ended up losing their sixth game this season after failing to unlock the defending champions defence. In that match, one of the Chelsea star who impressed is Gallagher. The English midfielder came off the bench and made a massive change to their squad. He helped them create multiple chances upfront and gave the cityzens defenders no rest.

Gallagher has been starting from the bench in most matches under Graham Porter. His top perfomances yesterday proved he can be unstoppable if he’ll be given more playing time.