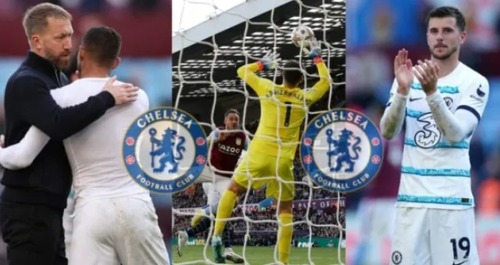 Meanwhile, Graham Potter has hail two Chelsea players who did very well in yesterday’s game despite they couldn’t really have been higher – he said Silva is at the “highest level,” both “as a character and as a man.”

The bad news was that apparently Silva “felt a bit of tightness in his hamstring.”

“He’s at the highest level you can think of as a character and as a man. He has that bit of know-how that you can’t put a price on. He felt a bit of tightness in his hamstring so we will see for Wednesday.”

Potter said this made him a doubt for Wednesday, while we think it will surely rule him out.

We wouldn’t have expected him to play even without this issue, as we need to take any chance we can to rest him, so the idea of him playing even after feeling a strain seems crazy.

Just as they did in our away game against Zagreb, we expect Silva to be rested at home and then come back in to face Man U next weekend. Let’s hope he’s fit for that one  and let’s hope we can keep another clean sheet in midweek without him.