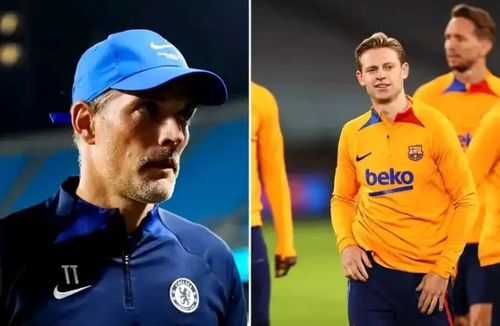 Manchester United have been tracking Barcelona’s top midfielder, Frenkie De Jong for months now. However, a deal to sign the highlyrated star is yet to materialize. This is even despite red devils reaching an agreement with FC Barcelona on the player’s valuation.

De Jong has made it clear that he does not want to leave Nou Camp. His deferred wages with the Spanish top club seems to be a major stumbling block to his exit. Latest reports indicate that Tuchel’s Chelsea are very close to reaching an agreement with Barcelona for Frenkie De Jong. Chelsea entered the race for the top talent few weeks ago and have in the past few days accelerated the move. Tuchel’s move to hijack the United’s top transfer target might be imminent.

This has come as a blow to Manchester United fans who have always remained hopeful of the player finally sealing a move to Old Trafford.

EVE 0-CHE 1: The mistake Thomas Tuchel made in yesterday’s game that teams struggle to win 1-0

Chelsea fans on their side cannot help but express their joy online as the deal edges closer to being sealed.